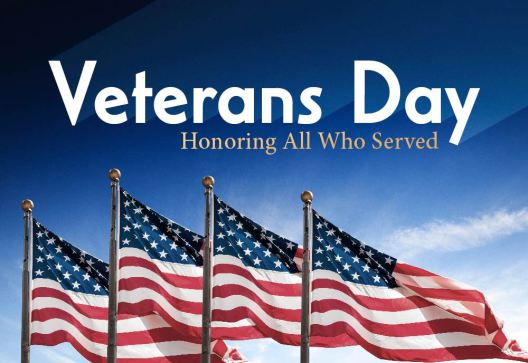 At last Friday’s morning meeting, veteran Shannon Palone gave a moving tribute to our veterans and explained the significance of the Veteran’s Day holiday we celebrate today.  Then teacher Claire Epchook delivered a message about the brain that ended with encouraging the members of our community to Change Our Story with sayings such as:

This is challenging for me. I welcome it.

If I practice I will get better.

I just need to start trying.

I need to manage my time so I can maximize my opportunities.

This is the type of thinking described by psychologist Carol Dweck in her bestseller Mindset: The New Psychology of Success.  It contrasts with phrases common to a fixed mindset such as:

I am not talented.

It takes too much time.

Studies show that more successful learners and organizations approach their work with the “Can Do” type of thinking embodied in the first set of phrases.  Throughout the year we will continue to explore with students what they want for themselves and how they can get there.  Central to this work will be developing and refining student’s aspirations into a Personal Learning Plan.  This work will become more involved in the coming week.  More on this to follow.

Open House: Thank you all for coming out.  Here’s a link to our Parent Conference survey.  Informally we’ve received lots of positive feedback and a few suggestions, but we’d like the benefit of a broader sample if you’d consider filling out this survey for us.

And to wrap up here’s The Wildcat Review of our Fall Sports:

Girls Soccer
In the first year of the Wildcat Athletic program, the High School Girls Soccer team experienced the highs and lows of a competitive season, rallying to a strong finish and an overall record of 6-6-1. Despite falling in a highly contested playoff match-up with conference foe Rivendell, the team proved to be a spirited group whose persistence paved the way for their best soccer to be played at the end of the season. Consistent key performances from Emma Gillette (Sr), Grace LaFromboise (Jr), Sylvie Coltey (Jr) and Sarah Howe (Fr) combined as a force to be reckoned with at the offensive end of the field while the defense was anchored by Sophomore goalie Fiona Vaillancourt and defenders Blake Southworth (So), Lily Hudson (So), Stella Jones (So), and Kaylyn Scoskie (Jr). Junior Sylvie Coltey and Sophomore Lily Hudson were recognized with All-League Honors for their efforts.

Boys Soccer
The inaugural season for the White River Valley Wildcats boys soccer team was a great success. Finishing with an overall record of 11-3-1, the foundation of success was built prior to the season when the team started working together on their own and strengthened team chemistry. The new “’Cats!” cheer took some time to get used to but became a defining component of the team identity as the games went by. Among the season’s highlights and most memorable moments were the very first WRVS home game which ended in a 2-0 victory vs MSJ, a road win vs D2 Otter Valley, and the team swims in the river after steamy pre-season practices. Leading the way for the Wildcats were Seniors Sam Fisk, Jacob Hewitt, Gabriel Feeney, and Gavin Turner with significant contributions from Sophomores Carder Stratton and Jacob Barry. Fisk and Stratton received First team All-League recognition while Turner was recognized on the Honorable Mention All-League team.

Cross Country
The Cross Country team had a great year, competing in nine regular season meets, the CVL Championships held at Chelsea, and the state championships at Thetford Academy. Highlighted by steady improvement throughout the season, nearly every runner shaved time in each race, led by Seniors Laurel and Keegan Marshia. Alex Madden and Hayden Howe consistently performed well on the boys side while Alexis Taylor young and Taryn Nelson competed well for the girls. With a first place finish at the CVL Championships, Laurel Mashia collected top accolades for the Wildcats earning the sole All-League recognition in the CVL.

The Wildcat Roars blog celebrates student accomplishments and highlights events at the newly formed White River Valley High School in South Royalton, Vermont. New blog posts are published about every 2-3 weeks by Principal Reed McCracken. A former Social Studies teacher, Reed is passionate about empowering students to exercise their voice and strive for their best. He is also dedicated to teaching that engages learners and makes relevant connections with students to their experience and world beyond the walls of the classroom. During 10 years as a Teachers' Curriculum Institute National Trainer, he shared his passion through professional development workshops with over 1500 teachers.. Implementing innovative instructional practices gave purpose to his three years as the Media Academy Coordinator at Alameda High School, in Alameda, California. The Media Academy served over 160 students as a school-within-a-school combining media-themed core curriculum with career-based experiential learning in journalism, TV production, computer programming, and media design. Reed completed his Vermont Administrator's Licence work in 2017 at St. Michael's College Graduate Education program while interning at Harwood Union Middle & High School. He holds a Masters of Arts in Teaching from Brown University where he was mentored by Dr. Ted Sizer, founder of the Coalition of Essential Schools. He lives in Waterbury, VT with his wife Maureen and two high schoolers. View all posts by rmccrackenwrvsuorg